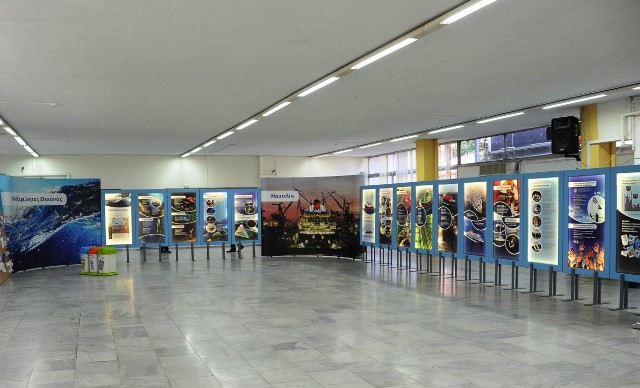 The “Educational Community and Public Awareness Campaign on the Marine Environment, Shipping and Sciences” remains in the Northern Aegean Islands, with the second stop in 2016 being the island of Samos, homeland of the famous Greek philosopher and mathematician Pythagoras, between 5 and 15 April 2016.

The Campaign is being implemented by Helmepa across 14 Greek cities until 2017 with the financial support of Lloyd’s Register Foundation. Besides raising awareness among the school and the wider community on the themes of the Campaign, the aim of this initiative is also to inspire children in Greece to learn more about science, engineering and technology in the service of humanity and the environment, and give them access to information and facilities that they otherwise may not have had.

Under the auspices of the Municipality of Samos, the environmental Exhibition will be hosted at the Pythagorio High School, where in cooperation with the Directorates of Primary and Secondary Education of Samos, Helmepa will transport 1,000 pupils of local Primary and High Schools on the Campaign’s expenses.

Also, in the framework of the Campaign, a ‘train-the-trainer’ Seminar for Teachers titled “The marine environment and us: ensuring a sustainable future” is scheduled to take place on Tuesday 5 April at the Municipal Hall in Vathy and other environmental activities.